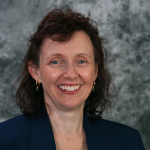 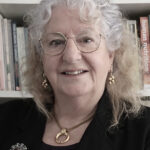 My professional career started with 15 years in practice as a clinical dietitian, manager and in charge of nutrition and food services in Australia and New Zealand. I then ventured into a second highly respected academic career at QUT, the University of Newcastle and at the University of Queensland. In 2003 I had the honour of being appointed a Member, Order of Australia, for my contribution to nutrition and dietetics and community health. I am an experienced Director, serving three terms as President of the Dietitians Australia, and was President of the International Confederation of Dietetic Associations from 2004-2016. I have also served as one of three Independent Directors of Health Workforce Australia, 2010-2014 and on the NHMRC committees which developed the nutrient reference values for Australia released in 2006 and the Australian Dietary Guidelines released in 2013. In 2014 I was named one of the 100 Financial Review/Westpac most influential women in Australia. I have supervised more than 25 doctoral students including three in foodservice and am regularly invited to speak at local, national and international events. In 2019 I was appointed Emeritus Professor at the University of Queensland.

Business orientated and collaborative executive valued for her skills in effectively leading strategic developments and managing change, ensuring viability and sustainability of education programs and their efficient management within government funding models, and building effective management teams. Experienced in leading and participating in tertiary education boards and committees. 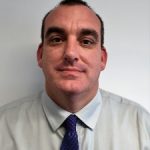 I commenced my adult working life in the early 90’s at a real estate training company, assisting the owner in developing a web site and database that would allow the students to complete their education requirements online. After a backpacking sabbatical to Europe I returned with a passion to pursue my love for the hospitality business and undertook studies of classical French cooking at a Le Cordon Blue Culinary Institute in conjunction with restaurant management.

Once a Psychologist in a former life, I now empower emerging & established leaders, trailblazers, and kick-ass over-achievers to accelerate their personal brand positioning & dial-up their visibility.

I blend photographic storytelling with identity psychology & archetypes. Using my skills to support brand development, social media and raising the profile of organisations. The NACi provides a new and exciting opportunity to support wellness and wellbeing. 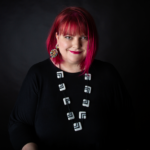 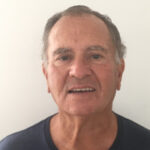 Welcome to a new section in the NACI journal from Maurice Kemp CFSP with a Doctorate in Food Service from NAFES the North American Food Equipment Manufacturers. Maurice began his career in Hospitality back in 1963 in Melbourne, Commercial Cookery at William Angliss Food School. A successful career in International Hotels & Restaurants Maurice in 1973 joined a major food manufacturer as Product Development Chef, from there to being the National Product Manager for a major Catering Equipment Company. In 1984 Maurice established Maurice Kemp & Associates, Catering Equipment Systems, until his retirement in 2018. During his career, Maurice was President of the International Trade Fair Committee, President of NAFES, National Australian Food Equipment Suppliers, Australian Team Captain to the Culinary Arts Festival in Canada, Vancouver BC. MKA  is now known as SKANOS Catering Equipment Systems, is still a major player with innovative products. Having travelled the world Maurice brings a wealth of experience to the NACI Institute and Victus Foodservices.

Cooking is my passion.

In 1963 I began my career at Eliza’s Restaurant in The John Batman Motor Inn Melbourne. Eliza was the wife of John Batman the founder of Melbourne. I was the only Australian in a Kitchen Brigade of seven. The Executive Chef, The Souse Chef, The Cold Larder Chef, The Grill Cook, The Ala Carte Cook, The Kitchen Man, & me. We worked at 09:00. Hrs to 14:30 Hrs. returning for the evening at 17:00 Hrs. till 22:00 Hrs. five days a week. I still had a day in the week to attend William Angliss. Friday & Saturday evenings were our busiest serving around 100 guests a three-course meal. It was the top end, meaning a very high standard, discipline a must in a busy kitchen. The kitchen was very functional. Later in years, I found out it was designed by the inaugural president of FCSI Food Consultant Services International member Mr Don McCartney Don migrated in the 1950s from England. His company became McCartney Taylor Dimitroff. The company is still active under new owners in Melbourne. The highlight for me as a teenager was The Rolling Stones were our house guests in 1964.

Thanks for your message! We’ll be in touch soon.

Thanks for subscribing! Please check your email for further instructions.

Something went wrong. Please check your entries and try again. 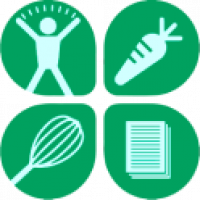